Let me start Part Two with a personal story that reflects how traumatic memories are stored differently than ‘regular’ memories and how they can be problematic. My story is more dramatic than many, but nevertheless an example of how all trauma works, whether it be chronic moderate abuse in childhood, or the loss of a loved one in a hurricane. I lost my daughter Jesse six years ago on June 2, 2004. She was born on June 6, 1994 and her memorial service was June 6, 2004. You don’t need to have lost a child to know that those anniversary dates are probably more painful than most other times of the year for me- we all intuitively understand the power of implicit, sensory memories. This year was the first year since Jesse died that the dates and days of the week coincide. I’ve found, somewhat to my surprise, that this congruence of date and day of the week lights the old limbic system memory circuits– and the emotional affect associated with them-with more intensity than they’ve been fired with in years. Some days I feel, in a small way, the same way I did back in 2004, when I was in the hospital with a gravely ill child. Because I’ve done a fair amount of work to resolve my trauma, the physical and emotional ‘re-living’ of the original experience usually fires neurons connected to my narrative memory, which is conscious and tells the story of my life. If this DIDN’T happen, I’d feel depressed, anxious, jumpy, and irritable and not know why, or worse, I’d attribute it to something going on in my current life. Instead, I have conscious, vivid memories of that time, and though the sensory re-living isn’t pleasant, it’s not a game-stopper.

You don’t have to have lost a child to have these kind of traumatic events leave ‘hot spots,’ booby-traps in your limbic system. Actually, chronic abuse or neglect in childhood leaves is far more damaging and traumatic than almost anything that happens to us as adults. Even mild to moderate abuse – the impact of years of living with a parent who is prone to raging or may be hypercritical and un-pleasable- leaves deeply wired neuronal networks. When these circuits ‘light up’, we re-live the emotional and sensory parts of these childhood injuries, often without conscious awareness of what is happening to us. And the less conscious we are, the more likely we are to react as we did to our old trauma, or as we wished we had, instead of forming a response based on present-day reality.

So, in Part One I promised to talk about how to ‘fix’ this situation – how to re-wire the brain.

And I will, but first I want to point to my recovery from trauma as an one example (there are many) of a realistic recovery from any trauma, childhood or adult. While my therapy and other personal work has ‘dialed down’ the experience of my loss tremendously, it has not totally erased the implicit memory, and very unusual triggers, like the date/day of the week congruence this year, can still make the old circuits light up . Again, the work I’ve done has re-wired my brain so that the unconscious limbic sense memories are connected to my conscious narrative: I recognize the ‘re-living’ for what it is. And it’s way less intense than it used to be, so the aversive feelings are easier to manage. So I don’t – too often – lash out at a loved one for no reason. I’m more often grumpy, sad, and agitated right now, more than I have been in a long time, which sets me up to be emotionally overreactive. I have to think more before opening my mouth, it takes more effort to be aware of what is a ‘rational’ reaction. But – overall, my recovery has been so much more complete than I ever would have imagined – I feel blessed. It’s definitely been worth the work, and if anything I’ve written so far in Part One or here sounds familiar, I encourage you to avail yourself of the wealth of excellent methods of healing from trauma that are out there.

What’s the work you can do to reduce your hypersensitivity to certain situations or people when that reactivity is based in neuronal networks wired deeply in your limbic system? There are many types of work- body work, spiritual work , physical, nutritional- that can be effective, but here I’m going to confine myself to psychological work, whether through formal therapy or ‘self-help.’

Three key facts about trauma will help you understand. First, not all people will be traumatized by the same events. Two people survive a horrible earthquake, one recovers, the other is fearful for life. Two children are subjected to a contemptuous parent, one is traumatized for life, the other escapes into sports. Key factors are how HELPLESS, HOPELESS, PARALYZED you felt or actually were during the trauma, so children are particularly vulnerable. A second is that the trauma is usually associated with cognitions, thoughts, that represent negative statements about the self, some evaluative (“I’m to blame for this”), some expressing feelings of helpless/hopeless/paralysis. The thoughts, called ‘automatic thoughts’ arise in conjunction with the sensory memories, and become part of the same neuronal network. And third, every time we consciously force ourself to ‘bring up’ a memory, which means activating narrative memory, we store it a little differently. Depending on several factors, which I’ll discuss later, we either blur it around the edges and soften it, or store it with the negative affect intact or even increased. 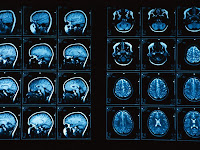 The techniques that conquer trauma- and I’m talking cognitive-behavioral, psychodynamic, EMDR, hypnosis- all have certain elements in common. (THIS IS BECOMING LONGER THAN I HAD EXPECTED – TO BE CONTINUED NEXT WEEK IN PART THREE)