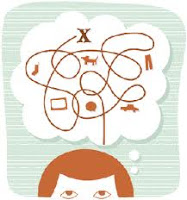 “The ability to think about what is not happening is a cognitive achievement that comes at an emotional cost.”
— Killingsworth and Gilbert

It seems that most people spend about half of their time thinking about being somewhere else, or doing something other than what they are doing, and this seemingly endless stream of thoughts ends up making them unhappy.

According to the newest research by Harvard psychologists Killingsworth and Gilbert, reported in the journal Science, ‘mind wandering’ is generally the cause, not the consequence of reported unhappiness.

So often clients have come to us to help them stop the painful, repetitive and often obsessive thoughts that create what they call stress, but which usually turns out to be some form of toxic emotion, generally anxiety, disappointment, anger, shame or disgust.

To still that river of flotsam and jetsam thoughts, mental images, memories, mental constructions of the future, most people turn to sex, which does the trick momentarily, or some other totally absorbing activity, be it mountain climbing, parachute jumping, drugs, alcoholism, workaholism, eating, violence, —the list is endless.

Seeking relief from the swarming preoccupations of one’s mind is probably the cause for many addictions that temporarily ease the suffering caused by the chaotic or obsessive thought-stream, the mind that observers in the East call the “monkey mind”. Most human beings are addicted to various juicy positive or negative thoughts that swill around in our awareness. Such thoughts are most often attached to the ‘eight worldly concerns’: praise/blame, gains/losses, success/failure, comfort/discomfort, thoughts that are the opposite sides of the coin of ego that keeps flipping us from happiness to unhappiness. Thoughts of praise and gains and success and comfort give us momentary pleasure, but such thoughts are Siamese twins with thoughts of blame, losses, failure and discomfort, thoughts that cause unhappiness.

And so, we spend much of our time, when not totally absorbed in our addictions, hurrying to find more distractions that lead to temporary relief from the see-saw of positive and negative feelings attached to the eight worldly concerns. This endless up and down creates for many of us what Thoreau called “quiet desperation”. The only way human beings studying the mind/body/world dynamic have developed to reduce and even eliminate that quiet desperation is– to my knowledge– some form of meditation, and some specific concentration practices.

In meditation we practice watching the monkey mind busy at its antics. Watching and letting go of the flotsam and jetsam, one becomes stronger and stronger in one’s ability to watch and persist in watching, without resisting or judging, to accept and to let go of mind contents, physical sensations and emotions.

In meditation we build the habit of letting go of poisonous mind contents, and in concentration practice we improve our ability to think, speak and act skillfully, lovingly, joyfully, gratefully, peacefully.

We also become stronger and stronger in our ability to make conscious decisions about what thoughts, speech and actions will nurture our personal happiness and the happiness of others.

And, as we can see in the New Testament passage quoted above—also clearly and poetically framed in the Old Testament, and in various Buddhist, Hindu and Sufi writings—for thousands of years those individuals who have studied the mind/body/world/ oneness have all discovered ways to change our toxic, runaway thinking, in the service of love.

We are on our way to freeing ourselves from slavery to the mind when we become convinced that our problem is that we have not learned and practiced how to become a spectator of our mind/body/world, how to give up our identification with our mind and body, how to become our true selves, a godgiven pure awareness, pure being, pure consciousness, sitting in the audience and observing and enjoying (and sometimes weeping gratefully) at the comedy/tragedy of mind interacting with body interacting with the world.

I have learned from Tolle’s “The Power of Now” what I knew intuitively but had no way to express, namely that Pure Awareness leads to self-less states of being that have no opposites: loving kindness, compassion, forgiveness, gratitude, joy, peace and wisdom.

The Buddha taught, simply and forcefully, that when a person thinks or acts with a self-less thought, joy follows that person as “a shadow that never leaves”.

To help us delve into that law of existence so simply put forth by the Buddha, Ayya Khema, a Buddhist nun and Jewish grandmother, wrote a beautiful book with the title “Being Nobody, Going Nowhere”. When my Buddhist son Michael, father of my two delicious granddaughters, suggested I read Ayya Khema’s book, I knew, the moment I heard him speak the title, that a fresh and exciting ride awaited me in the amusement park of freedom.