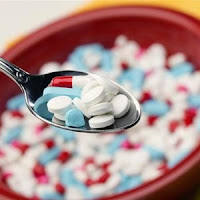 “One of the criticisms leveled against the APA for removing homosexuality as a disorder is that science does not advance by a vote of hands. These critics forget that any list is produced by a group of people who vote for or against it in the first place. “ —Charles Silverstein, Ph.D.

I’ve just read an article written by my friend and colleague Charles Silverstein, a psychologist who was instrumental in helping get homosexuality removed from the Diagnostic and Statistical Manual in the early 70’s. In a piece to appear in an upcoming newsletter of a division of the American Psychological Association, Charles recounts the history of how the removal came about from the point of view of a gay professional activist in New York.

In preparation for his presentation, Charles took a ‘scholarly activist’ approach:

I decided to spend my time reading about all the diagnostic systems that had ever been invented to classify human behavior, to understand their structure as social documents reflecting the worries of their times. I began to see these systems as a means of identifying people whose behavior was inexplicable, therefore feared, and, for that reason, condemned.

It was not possible to read this material without chuckling. Most of the diagnostic categories consisted of socially disapproved behavior. Examples in the DSM from 1968 included lying, stealing, the fear of getting syphilis, or simply being a cranky person.

But not everything about diagnosis is funny. Charles also realized that the people who determined the contents of the DSM were responsible for providing justification for the oppression of gay people, and that one of the biggest obstacles to changing the homosexuality diagnosis is that many psychiatrists and psychologists made their livelihood from ‘curing’ it and their professional reputations staked on ‘studying’ it.

It is impossible to read Charles’ story without drawing parallels to today’s DSM revision, still in progress. The same social biases still determine what is considered ‘sick’ and ‘normal,’ the same bad science (or no science) drives the process. The decisions are still made by ‘experts’ who are biased by the fact that their reputations and income depend on the inclusion of certain diagnostic categories. Decisions about which sex and gender identity variations are considered normal or sick are being made by old white conservative dudes who make their livings ‘curing’ the disorders they are voting upon. Decisions about what constitutes too much sex or too little sex are being made by professionals who are on the payroll of pharmaceutical companies looking for new sexual diseases to medicate – like sex addiction or hypoactive sexual desire. The entire DSM process, this time around, is dominated and influenced by Big Pharma, something that didn’t play as big a role in the 1970’s. So, arguably, DSM5 will be even more corrupt and unscientific than its earlier predecessors.

This brings me to the title of this piece. One of my favorite comments on the DSM situation was made by a psychiatrist named Paul Chodoff in 2005, in a letter to the editor of the Psychiatric News:

I would like to suggest a new diagnostic entity for DSM-V. The diagnosis is “the human condition.” Diagnostic criteria would be any combination of the following:

The advantages of this diagnosis are that it would facilitate insurance reimbursement, dispose of the bothersome problem of co-morbidity, and encourage the quest for a drug to cure the disorder of being human.

Makes sense to me. As much sense as any of the other diagnoses. I need a new drug – I’m suffering from the human condition.