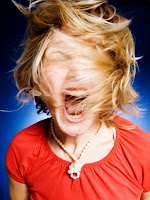 There is a Buddhist story about a man steering a boat on a river in the early dawn when the river is shrouded in mist. Another boat collides with him, and the driver of the first boat rails at the second boat and its driver, who is obscured by the fog. In a few moments, the mist dissipates….and the second boat is seen to be empty, adrift in the river alone. This story is used as a metaphor for human relationships. We rail at ghosts in the mists, ghosts of our own making.

Every day I see the evidence in my office: a man describes his road rage, and slowly what emerges is that the rudeness of the other driver triggered the same fear and anger he experienced as a child being berated by a contemptuous father. A woman cowers when her husband scowls, because his facial expression mimics the look that was on her mother’s face just before mom used to terrorize her as a child.

I’m not really analytic in my therapy approach- but I am a fan of neuroscience, which increasingly gives us explanations for our behavior based in biology, not theory. The more scientists understand the brain, the more we see how much happens outside our conscious awareness and is driven by unconscious brain processes. We are, in effect, often clueless about ourselves.

We know the neuroscience of emotional reactivity from studies of survivors of serious trauma. These people resemble the rest of us more than we know. Many of walk around having mini-Post Traumatic Stress Disorder attacks every day.

To understand this, you’ll have to bear with me here for a very stripped-down version of what happens to the traumatized brain. First, we know that memories of emotionally intense experiences actually get stored as distinct ‘parts,’ in different areas of the brain. For example, the limbic system, part of the older ‘emotional brain,’ stores the sensory memories of an event – body sensations, smell, images, sounds, tactile sensations. These memories may themselves be fragmented –sound separated from visual, for example. All the memory fragments in the limbic system are stored as ‘implicit memory,’ or memory that is unconscious most of the time and that can be triggered outside of our conscious awareness. Our cerebral cortex, the newer, ‘thinking brain’, stores the ‘narrative memory’ of the event as explicit, or conscious memory. Narrative memory is basically the story we construct of our own lives, of what has happened to us and why it happened. We know this story and can tell it verbally, and it makes sense to us.

When something bad happens to us, through telling and re-telling the story, through dreams, we weave together the implicit and explicit elements of the negative event until it fits seamlessly with our ‘narrative,’ and by doing so somehow the negative emotions attached to the experience tend to fade with time, perhaps even disappear. From a neuroscience point of view, the narrative and sensory parts of the memory have become part of one integrated ‘neural network’ and this makes the sensory elements less acute.

But this doesn’t happen when we are subjected to trauma. When we experience something that is truly horrible, terrifying, unexpected –trauma – our brains are overwhelmed and flooded, and for some reason the narrative memories and implicit memories of the traumatic event get stored in fragmented, unconnected ways. We are unable to ‘process’ the trauma, so the feelings don’t diminish, it is as if the event happened yesterday. Even more problematic, we may be triggered to re-live the emotional part of the trauma without our even realizing we’ve been triggered and without the conscious part of the memory. The classic example is the war veteran who dives under the bed when a car backfires in the street. Her brain and body are still in the war, even though her conscious mind is not.

The problem is, in some ways we are all war veterans- survivors of the battles of our childhood and adolescence, compounded by difficulties in adulthood. The harsh, critical parent, the bullies at school, the depressed, withdrawn family members who couldn’t give us love or attention – all these are chronic traumas of childhood that that leave seemingly indelible ‘hot spots’ in the brain: unconscious, fragmented, negative memory networks waiting to be triggered. When the neural network is triggered we re-experience the original trauma in a physical, emotional way- but we remain unaware because these sensory memories are disconnected from our conscious memory of the childhood incident(s). If we remain unaware, we blame the trigger for the reaction. So I am enraged at the stupid driver, terrified of my partner’s disapproval, horribly hurt by a friend’s unintentional slight.

Sometimes when I watch my clients talk about the events in their daily lives to which they overreact, I can almost see the ‘ghosts’ of the children they once were, hovering around. These ghosts need to be put to rest so that we can react appropriately in real-time, not constantly re-live, unconsciously, the pains of our past.

NEXT, I’ll offer suggestions for how to do that. Here’s a hint: it starts with noticing that weird uneasy feeling you get sometimes right before or after an emotional blowout…the feeling that tells you that something in your reaction was a little “off.” And look for Part 2 of “The Brain Keeps the Score.”